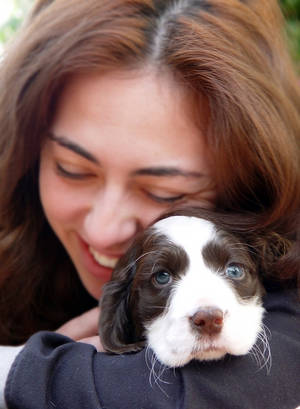 Heartworm is a potentially deadly disease in which parasitic worms of the species Dirofilaria immitis colonise the heart and associated blood vessels. Luckily, it is an easily preventable disease.

Heartgard utilizes a drug called ivermectin, which belongs to a group of chemicals called macrocyclic lactones (MLs), the basis of most of the monthly heartworm preventatives.

These medications work by killing any immature worms in the blood or tissues which were injected by an infected mosquito. They are extremely effective at killing these juvenile worms but ineffective in killing adult worms. They are known as preventative medications because they prevent these worms from maturing and causing disease in pets; the juvenile stages which are killed are relatively harmless.

Ivermectin is derived from a sugar produced by a soil organism called Streptomyces avermitilis. It works at different dose rates against various parasites, both internal and external. It is also used in a wide range of species, from cattle, to horses, pigs and birds, as well as in cats and dogs.

For heartworm prevention in dogs and cats, only very low doses are used. Interestingly, the dose required for prevention in cats is four times that for dogs. Heartworm larvae are extremely sensitive to the chemical, so the doses required for killing these are much lower than to kill other parasites. 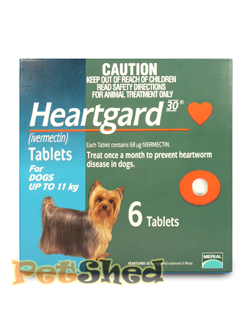 Ivermectin acts by interfering with nerve transmission in the parasite, causing a flaccid (floppy) paralysis, followed by death. As mentioned previously, it is effective in killing the young larval parasites which were transferred to the dog by a mosquito.

Generally the younger the parasites are when the product is used, the more effective it will be. It is not registered as being effective in killing older worms in the dog's heart. Once-per-month treatment clears any larvae which have been contracted from a mosquito in the past four weeks.

Ivermectin is also considered effective in killing microfilaria, the offspring produced by adult worms in the heart. However this is not a label indication of Heartgard products. A veterinarian may choose to use the product for this purpose, but it would classified as "extra-label" use and must be carefully monitored by the prescribing veterinarian. Manufacturer Merial has not tested Heartgard for safety and efficacy when being used in this manner. It has also been suggested that ivermectin may sterilize adult females to prevent them breeding, but this, again, is not a label indication of the product. 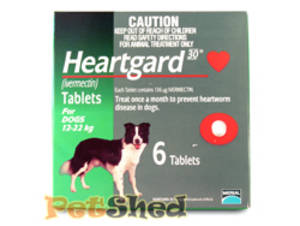 Once-a-month treatment clears any larvae which have been contracted from a mosquito in the previous month. However, Heartgard also has a registered "reach-back" effect, which means that if a dog has contracted heartworm in the previous four months, the medication will effectively clear the infection if it is continued every month for at least 12 months afterwards.

Should you miss a dose, please contact your veterinarian for advice as the heartworm transmission season varies throughout the US. Your veterinarian will advise you whether they wish to schedule heartworm tests to verify that your pet is indeed free from the disease. These tests cannot be performed until approximately six months after infection has occurred.

Heartgard Plus preparations combine ivermectin with another active ingredient, pyrantel, to increase the spectrum of targeted parasites to include hookworms and roundworms.

These worms can cause problems in dogs, but more of a concern is that they can be transmitted to humans as their eggs enter the environmentare in dog feces. Contact with contaminated soil, dog fur or the similar substances can result in accidental human infection, followed by the parasites migrating through the human body. Monthly treatment, in conjunction with a heartworm preventative, will clear infections from dogs and reduce the risk of human infection. 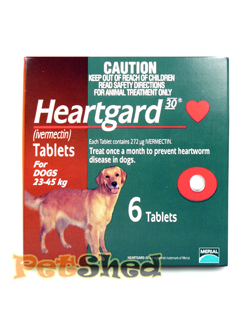 However collies are more sensitive, with the safety margin usually in the vicinity of 16 times the usual dose. Some breeding lines of Collies display this increased sensitivity to the drug because they do not have a particular protein carrier in their blood-brain barrier which regulates the entry of ivermectin, thus the drug can move freely into the brain. Its entry is not blocked by the protein carrier system, where as in other breeds this protein slows the entry of the drugs into the brain.

Once in the brain, ivermectin can cause nervous problems in pets for a similar reason to the way it affects the parasites. Note that these are general population trends, and individual animals may be more or less sensitive to the effects of the drug than average.

In very young animals, the blood-brain barrier is not completely closed, so again the drug can enter freely and cause nervous signs. This is one reason that ivermectin-based products are not recommended for newborn pups or kittens. Heartgard can be safely given from six weeks of age.

Should you observe any of these signs, contact your veterinarian immediately for advice and appropriate treatment.

In the case of heartworm, prevention is most definitely better than cure. Make sure that your pet is on preventative medication during the heartworm transmission season. This may mean year-round treatment in some parts of the country. Consult your veterinarian for further advice and to discuss an appropriate treatment for your pet.


Heartgard? is a registered trademark of Merial