Heartworms on the March 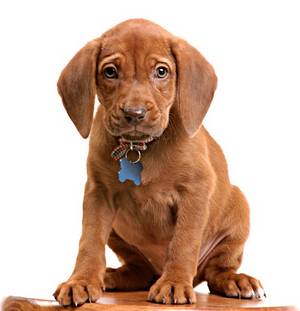 In her first expert column for Pet Shed, Dr Sally talks about an unexpected consequence of the 2005 Hurricane Katrina disaster which will affect dog and cat owners across the United States for years to come.

All animal lovers will recall the glimmer of joy we felt when many lucky pets were relocated to new homes across the United States after the devastation Katrina caused throughout the southern states.

While this was great news at the time, nobody realized that moving these pets meant they would unwittingly create problems for 'native' pets - by spreading heartworm into areas the parasite had never been before.

Heartworms are very common in the states which were worst hit by Katrina - in fact it is endemic in dogs and wild canids in Louisiana, Mississippi and neighbouring states.

Relocating thousands of these parasite-infected dogs into other states has created an 'heartworm infection reservoir' which is targetting unprotected dogs in their host states. The threat is caused mainly via mosquitoes feeding, which transmit the parasite from animal to animal.

Heartworm disease in dogs is now emerging as a real problem in many areas of the US, where is was previously considered unlikely.

Also concerning is the increasing incidence of cats in these new areas of heartworm disease. Cats are an abnormal host for this parasite, with a much lower prevalence of the disease than dogs. With greater numbers of dogs contracting the disease, the probability of a mosquito feeding upon an infected dog and contracting the parasite increases. And as we all know, mosquitoes are not very selective in who or what they bite - a greater number of mosquitoes carrying the disease means that more cats will be infected with heartworm as a spillover effect.

We can help to stop this trend by protecting our own pets from heartworm. Fewer infected animals means a smaller 'reservoir' of the disease and a lower likelihood of mosquitoes transmitting the disease to others. In the future, this could mean that both dogs and cats are on preventative medication. Heartworm prevention in cats has been sporadically recommended by vets in the past, but with this new wave of disease upon us, the times they are a-changing.

The main heartworm transmission season is closing fast, so it may be wise to talk to your vet and find out what their recommendations are for your feline friends and stock up on prevention for your cat as well as your dog.