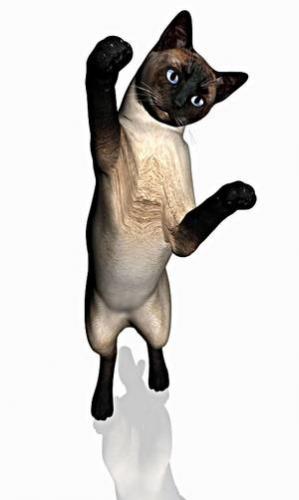 Inappropriate feline urination can be caused by a number of very different reasons and diseases.

These include behavioral issues, urinary tract problems, and excessive drinking (secondary to a myriad of medical conditions). If you notice your cat leaving little puddles around the house, we recommend that you consult a veterinarian, so they can determine which of these is the cause and can provide appropriate treatment.

Bear in mind that the vet will probably want to collect a urine sample to help with the diagnosis, so giving the cat a drink before a visit can help the process a lot. Try to observe the cat when it does go to the toilet in the house and watch what it does while passing the urine, as this will also provide important clues as to the cause of the problem.

Some cats will start urine spraying when they are stressed due to changes in their environment. New babies, moving house or even a new cat in the neighborhood can trigger this problem. Most cats who spray do not posture in a squat as they normally do when going to the toilet. They stand straight up with their tail pointed upwards, twitching before spraying on vertical surfaces. The purpose of the spraying is to scent their environment to indicate that it is their territory.

There are always exceptions to the rule and there are a few cats who will urinate due to behavior problems, for example "puddling". Owners may notice other changes in the behavior of their cats as well. Some may become more affectionate, other cats more aggressive.

Urinary tract problems will normally emerge with a cat having difficulty going to the toilet. These cats frequently pass small quantities of urine, crying when doing so. The urine may have a reddish tinge or a pungent odor. This can be caused by crystals in their bladder or a bacterial infection. Cats will often lick at themselves after passing urine due to the discomfort. When crystals are the cause, the disease can quickly become very serious if the urinary tract becomes completely blocked and the cat is unable to pass any urine. Blocked cats are a veterinary emergency and can die if not attended to quickly.

The third common cause of inappropriate urination is excessive drinking (polydipsia). More liquid going in means more that needs to come out, and occasionally cats may have accidents trying to get out to the toilet, particularly when they are older and not as nimble as in their younger days. The urine will often be found near doors or litter boxes. Increased drinking can be very difficult for owners to detect and can be indicative of several underlying problems. Two of the most common causes in older cats are kidney disease and an overactive thyroid gland (hyperthyroidism). Both of these diseases are often be accompanied by weight loss. Cats with kidney disease often go off their food, while those with hyperthyroidism will eat more than normal. Your vet will most likely want to take blood tests to confirm these problems. 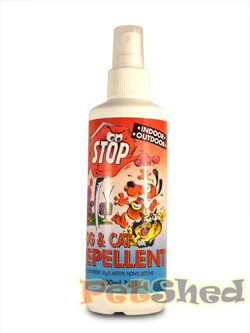 Sometimes, several of these problems can overlap, making a definitive diagnosis a little more difficult. For example, cats who have had urinary crystals and which find it painful going to the toilet in their litterbox may associate the litterbox with an unpleasant experience and avoid going there in the future, instead going in other areas of the house. These cats are not necessarily anxious cats and are not marking territory, but they are still urinating in an inappropriate place and their behavior will need to be modified just the same.

The first step in a case of inappropriate urination due to a behavioral cause is to thoroughly clean the area where the cat has urinated to remove all odors of the urine. The residual smell of the urea in urine acts like a beacon, telling the cat to go there again. Enzymatic laundry detergents followed by a rinse of water are fairly effective. There are also odor removing sprays, such as "Oops Away" or "Anti Icky Poo", which can be very useful.

The next step is to remove access to the place where the cat has been urinating inappropriately, and to ensure that the cat has access to two clean litter trays (clean these at least once per day). Try different types of litter if the cat does not restart using the tray, as it may be an aversion to the odor or the texture of the litter which is cause.

Generally, a small, easily-cleaned area is the best place to keep the cat initially. Then, when it begins to urinate in the appropriate place, increase the area the cat can access. Ensure that the cat is supervised when allowed back into the area where it was previously urinating inappropriately and give it lots of attention in this area, petting and playing with it.

Ultimately, the aim is to make that particular area unattractive to the cat and the appropriate place a much more desirable place to go. If the cat has been spraying for a long period, it may not be possible to ever retrain the cat completely, and it may be necessary to permanently deny access to some areas (closing doors to the bedroom or lounge for example), or to cover furniture with plastic.

If the cat is very anxious, your vet may also recommend medications to reduce its stress level and initially calm the cat down. There may also be other changes, such as pulling down a blind if your pet is stressed by seeing all the neighborhood cats wandering past the house.

Remember to be patient and understanding with your cat, as this problem may take some time to resolve. It is imperative to involve your vet as they can help to identify the cause of the problem and ensure that it is being treated in the appropriate manner.