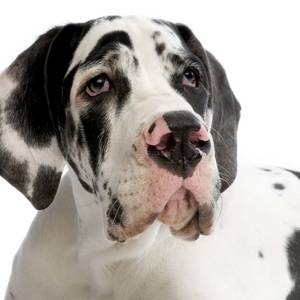 An integrated flea control program will be most effective in controlling fleas on the animal and in the environment.

Practices such as frequent vacuuming and steam cleaning carpets, washing the pet's bedding and combing the pet frequently, as well as mowing grass, trimming shrubs and weeding the garden will greatly aid in reducing the flea population.

To completely control fleas, a pet owner should institute an integrated flea control program. This means affecting every flea life stage, both on the animal and in the environment.

There are a large number of chemical-based flea control products on the market. These include flea bombs, powders and sprays, flea collars, and everything from topical liquids to tablets to powders and shampoos. Some products kill adults while others are directed at juvenile stages.

However chemical control is only part of the answer. There are also some simple non-chemical ways to help reduce the flea population.

Ideally, pet owners should vacuum the house every second day or at least twice weekly. While adult fleas lay their eggs on pets, the eggs have a smooth surface and drop onto the floor fairly quickly. The places where pets sleep, rest and spend most of their time are therefore likely to have the highest number of immature fleas.

When larvae emerge from the egg, they do not move far, so it is a good idea to concentrate vacuum cleaning on the places where the pet spends most of its time. Make sure all toys and obstacles are removed prior to vacuuming to allow the area to be treated thoroughly.

Areas of high larval distribution can be confirmed by walking through the suspect areas in white socks.3,4 The pressure and vibrations caused by walking past will stimulate the dark brown adults (which have just emerged from their cocoons) to jump towards the footsteps. They will stick in the fibers of the socks and be visible against the white coloring. Flea feces, which is the food source for larvae, may also stick to the socks and be visible as black specks.

With dogs, the problem areas tend to be near doors where they come and go from the house, near their food bowl, on dog beds and on or at the base of furniture. Cats like to sleep on top of things such as refrigerators or cabinets, so these areas can also have high flea populations.3 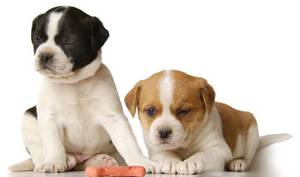 A vacuum cleaner with a beater bar is best at dislodging the eggs, larvae and pupae, as well as flea feces. (The latter is important because the larvae will starve and die if their food source is removed.) Eggs are usually not far beneath the carpet surface and are easily sucked up with the vacuum cleaner.

Many larvae are found right at the base of the carpet and entwine themselves in it, so they can be difficult to remove. However pupae (cocoons) move up the carpet fiber and hide themselves in pet hair and lint, so paying attention to the carpet edges, baseboards, and floor cracks will help to remove these.2

It has been estimated that vacuuming will remove around 60 per cent of eggs and 27 per cent of larvae.4 After vacuuming, the dust bag should be discarded in an outdoor trash can with a tight-sealing lid so fleas cannot survive in the bag and re-infest the house the next time the cleaner is used.

Steam cleaning the carpet is an alternative to vacuuming. The temperature will kill many of the fleas and destroy much of their food supply.

Washing the pet's bedding in hot water will kill off any flea stages hiding within. If pets sleep on a family member's bedding, wash these as well.

Comb or brush your pet daily. Flea combs are available which will remove much of the flea infestation from your pet. They will also remove flea feces, a potential source of food, so it is best to brush the animals outdoors, preferably where the superfluous fur and droppings can either be washed away with a hose or exposed to full sunlight to kill any fleas and eggs dislodged.

In the yard, mow the grass, trim shrubs and weed the garden near where pets sleep to maximize the sunlight in those areas. This will kill immature fleas by drying them out.4 Do not keep piles of dirt or sand in the yard as these are excellent habitats for immature fleas to live in.2

By themselves, non-chemical methods are unlikely to be successful in controlling fleas. However they are an important adjunct to chemical flea control and can reduce flea burdens significantly.