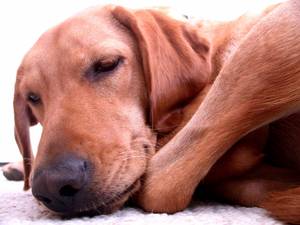 There are a large number of flea control products on the market, including products for the environment such as flea bombs, powders and sprays, plus flea collars and everything from topical liquids to tablets to powders and shampoos.

Some products kill adult fleas while others are directed at the juvenile stages. Good flea control is integrated flea control, which mans controlling all of the flea's life stages - both those on your pet and those in the animal's habitat.

Non-chemical methods, such as vacuuming, washing pet bedding, combing pets and trimming the garden should be combined with chemicals for a complete solution.

When should flea control begin? The length and severity of the flea season varies with location. Warmer coastal areas are generally the worst affected, as the temperature and humidity are more favorable to flea survival. However, fleas can survive year-round in heated homes.

September is the worst month for fleas in many parts of the US, but flea control should start well before this time to prevent a build-up. Pet owners should ask their veterinarians for specific flea control recommendations for their area.

Importantly, remember that all animals in the house need to be treated, as fleas will happily jump from cat to dog and vice versa (rabbits and ferrets can also be infested with fleas). Even if the cat is showing no signs of flea infestation and the dog is scratching, both should still be treated. Many owners only treat pets which come inside, but if the cat goes into the yard with the dog and the dog is untreated, fleas can jump from the dog to the cat, bringing them back inside.

Natural flea remedies: Many owners prefer to use natural remedies to control fleas and there are many such options which claim to be effective. Unfortunately, most of them simply do not work. Feeding animals garlic, brewer's yeast or Vitamin-B have all been shown to be ineffective in controlling fleas. The same goes for pennyroyal, eucalyptus, rosemary, tea leaves, bayberry and citronella. Indeed, many of these don't even repel, let alone kill fleas1,2. However pyrethrins, which are derived from chrysanthemum flowers and do have some activity, are found in many shampoos.

Flea collars: According to consumer reports published in the 1990s, flea collars give poor, and short-lived, flea control.3 Products containing organophosphates such as diazinon can be toxic to pets and to owners. Similarly, ultrasonic flea collars are not reported to adequately control fleas.3 Collars can also cause skin irritation or dermatitis, so keep an eye on your pet's neck for any rashes.

Flea shampoos and rinses: Most shampoos use pyrethrins (with or without piperonyl butoxide, a synergist which increases pyrethrins activity). These are marginally effective, but need to be repeated every few days for effective flea (and tick) control. Most fleas on a pet can be killed by the simple act of bathing the animal.

Permethrin rinses are also available, which are more potent against fleas and ticks. As well as killing fleas and ticks they have a strong repellent effect. However they can only be used on dogs, as permethrin is highly toxic to cats. These rinses should be used on dogs on a weekly basis to prevent ticks and to control fleas.

Topical treatments: Chemicals registered for flea control in cats and dogs fall into two categories: those which kill adults and those which prevent juvenile stage development. Most of the topicals aim primarily to kill the adults, however some also act against larval stages. 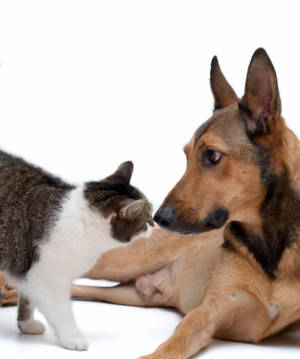 Fipronil (Frontline Top Spot), imidacloprid (Advantage) and selamectin (Revolution) are all highly-effective products when used with pets on a monthly basis. They are safe for pets and humans but rapidly lethal to fleas.

There is another compound available in sprays or spot-ons called pyriproxifen, which controls juvenile flea stages in a similar way to methoprene. This is often combined with treatments which kill adults.

Oral Flea medications: Lufenuron is available as Program, or Sentinel (combined with heartworm and intestinal worm prevention). This is an insect-growth regulator which prevents eggs from hatching, but it does not kill the adults. It is effective in reducing flea populations but will take longer than other products, so is often used with products which effectively kill the adults.

Environmental products: There are many effective environmental treatments, such as flea bombs and sprays. However, many are also fairly toxic, and pets and owners should leave the house while they are being used. Juvenile stage treatments are the exceptions, as they are very safe to humans. Always read and obey the instructions on the label of these products to ensure effectiveness and safety. Products containing boric acid can also be used on carpets to kill larvae1,2.

All indoor environmental products should be applied following a thorough vacuuming. Outdoor treatments should be combined with trimming back grass and plants to expose the larvae to as much sunlight as possible. Concentrate on areas where your pet sleeps and rests for maximum effectiveness.

This is by no means an exhaustive guide of flea control. There are many options available and it is a good idea to discuss these with your veterinarian to decide on the best specific options for your pet and your environment.