What You Need to Know About Heartworms and Cortisones 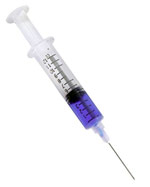 No parasite is perhaps as menacing to pets as a heartworm. This is because unlike other pests that plague dogs and cats, getting rid of heartworms is no walk in the park. What's even more alarming is the fact that heartworms can kill. If they are not detected early, these parasites can cause pets to suffer from heart failure and other life-threatening symptoms that may eventually result in death. Another example of a life-threatening symptom caused by heartworms is pulmonary embolism, which happens when there is a blood clot in the lungs. The blood clot is a result of fully-grown heartworms blocking the arteries of the heart. The clot blocks the supply of blood to the lungs, which consequently, prevents oxygen from being delivered to other parts of the body. Pulmonary embolism is dangerous because it can cause your pet to have difficulty in breathing and to experience pain in the lungs. In severe cases, pulmonary embolism can also cause death. Cortisones To prevent pulmonary embolism and further inflammation of the irritated blood vessels where the worms are located, cortisones are sometimes used. Cortisones or corticosteroids are a type of steroid hormone. They are also often referred to simply as "steroids", but they should not be confused with the ones used by bodybuilders to buff up, which are anabolic steroids. Cortisones are commonly given by veterinarians to control inflammation and other disease processes in pets. Pets that suffer from allergies and asthma are usually given cortisones. How are heartworms and cortisones related? Perhaps one of the biggest misconceptions about cortisones is that they are used to treat heartworms in pets. This isn't the case because the truth is that cortisones only help treat the symptoms of heartworm disease, namely the formation of blood clots in the lungs. It does not get rid of the parasites inside pets. Do cortisones have side effects? Cortisone has always been a controversial drug. While effective, cortisones have a number of side effects that make them not advisable for long-term use. As a matter of fact, the recommended treatment for heartworm disease tends to veer away from the use of cortisones, and favor just using the injections of the medication which does kill heartworms. This is not only because of the long-term side effects of the drug but also because of the possibility that they might interfere with the effectiveness of anti-heartworm injections. 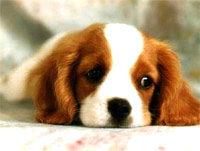 One example of the adverse effects of using cortisones is the suppression of the immune system, which affects pets as it does humans. The immune system is what fights off infections in the body, and when it is compromised the body becomes more susceptible to diseases. Cortisones can also cause Cushing's syndrome, which happens when there is an overproduction or excessive amount of cortisones in the body. A pet that suffers from Cushing's syndrome experiences increased appetite and thirst, decreased hair growth and excessive urination. If not treated, Cushing's syndrome may also result in other health problems such as kidney failure and liver failure. The Final Word on Cortisones Cortisones are like double-edged swords: they can both help and harm those who take them. With that said, pet owners should be aware of the risks involved in giving this drug to their pets. So, up until veterinarians find a way to reduce the symptoms of heartworms without the use of cortisones, the best way to avoid having to use this drug is to prevent heartworms beforehand. As they say, prevention is always better than cure. After all, there would be no need to use cortisones to reduce these symptoms if heartworms do not infect your pet, would there?